“The IAF is a professional development opportunity for actors from around the world, who have a desire to share their love and knowledge of Shakespeare with fellow actors from other cultures. The Globe Theatre has always been a vibrant international meeting place, with our 2012 Globe to Globe Festival and the Hamlet Tour helping to expand the Globe’s international family even further. The Actors’ Fellowship helps to reinforce our appetite to learn from each other, by sharing culturally diverse approaches to performing Shakespeare in our ‘Wooden O’. The IAF programme gives participants the opportunity to share their own approaches to Shakespeare and learn from others’.

The Fellowship is a full-time 3-week course which concludes with a showcase performance on the Globe stage to an invited audience. All participants should be keen to work as part of an international company, gain an understanding of how Shakespeare lives in other cultures, work with the Globe’s key practitioners and explore the Globe’s unique architecture. Past participants have not only enjoyed the technical apprenticeship but the chance to live, work and play in London with peers from across the world.” – Shakespeare’s Globe Website

Shakespeare Globe Centre NZ is responsible for selecting two New Zealand mid-career actors for the programme, which is an extraordinary opportunity Kiwi thespians to develop their skills, learning from the Globe’s Heads of Voice, Movement, Play as well as sword play, music and be inspired by productions in the Globe and Sam Wanamaker Playhouse, as well as in other theatres in London. Participants will work on scenes, duologues and monologues with a leading Director, culminating in a performance on the Globe stage.

Natalie Beran and Jean Sergent were chosen as New Zealand’s 2015 Shakespeare’s Globe International Actors’ Fellowship.  After reducing the local applicants for this year’s (SG IAF) through the SGCNZ Professional Theatre Advisory Group to a shortlist, the Globe Theatre personnel running this scheme selected, through Skype interview / audition, as this year’s Fellows from here. The standard was high and it came down to mix of the international group of 24 chosen for the 3 week course in September/October.

With the Globe to Globe season pre-the London Olympics having brought theatre troupes from 36 different countries to perform at the Globe a play each in their own languages, and the Globe to Globe Hamlet tour having at the time visited about half of the 205 countries around the globe on its two year mission to visit them all, the Globe’s outreach is huge. A
s a result, our two well-known female theatre practitioners joined actors from Australia, Canada, France, Georgia, Germany, Kiribati, Pakistan, Sri Lanka, Singapore, South Korea, USA, and other countries! 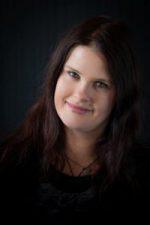 “Growing up in a family of actors, Shakespeare and other classical plays, including the Greeks, have long been a mainstay of my cultural life,” said Jean. “The opportunity for such specialised and yet expansive training as that offered by The Globe is the stuff dreams are made on….”
Jean is a Wellington theatre maker of multiple talents. She has worked professionally as an actor with many of the city’s leading theatre companies and has produced and directed for her own company, School For Gifted Children. Awards include Fringe Award for Best Comedy (Corner Diary) 2013 and the Chapman Tripp Wildcard Award (The Bacchanals) 2013. Jean is also a sociologist who researches the dynamics between gender and sexuality and fiction. 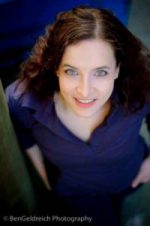 Natalie Beran commented: “I had heard of the programme several years ago through industry friends who have previously participated in either the SG IAF and teaching versions and I have heard nothing but praise of the experience. ..I am involved in professional theatre as a producer (Mercury Jane Productions, Northern Lights Theatre, Galatea Theatre) and actor. I also work in the radio industry and have a wide contact base and connection to other audiences, which I hope I will be able to utilise to help promote SGCNZ and its programmes.” 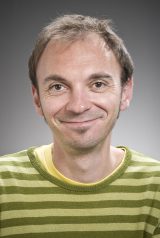 The IAF is a professional development opportunity for actors from around the world, with experience in performing Shakespeare and classical theatre, who have a desire to share their love and knowledge of Shakespeare with fellow actors from other cultures. The Globe Theatre has always been a vibrant international meeting place. Its 2012 Globe to Globe Festival welcomed 37 international companies to present all 37 of Shakespeare’s plays each in a different language; it has grown the Globe’s international family around the world and reinforced our appetite to learn from each other by sharing culturally diverse approaches when performing Shakespeare in the ‘Wooden O’. The 2013 Fellowship programme was fuelled by this desire and gave participants the opportunity to share their own cultural access to Shakespeare. 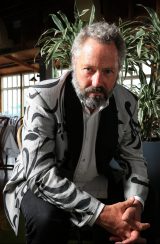 The 2013 Fellowship was a full-time three-week course and concluded with a showcase performance to an invited audience on the Globe stage. Participants were part of an international company, with people from all over the globe, who relished the opportunity to explore the architecture, work with the Globe’s key practitioners and understand how Shakespeare lives in other cultures. The Fellowship provided participants not only a technical apprenticeship but the chance to live, work and play in London with peers from all across the world. 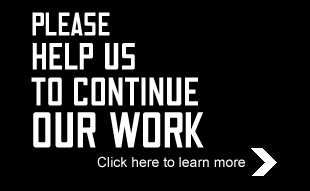